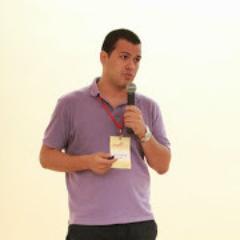 Hey! Not Eminem, it's me, Kaio (kaiux for close friends).

This is quite weird but, basically after moving to another country, I realized that world underworld - Mundo Submundo in English - doesn't make any sense for non-Portuguese speakers. So, after 12 years my old domain mundosubmundo.kaiux.com points to a new URL blog.kaiux.com.

Updating Wordpress is not really a big issue, however I was tired to check frequently for 0Day or suspicious activities on Apache's log. My friend Daniel Bruno told me about Pelican project. So, a static website makes more sense and it is easier to maintain.

Thank you Wordpress and welcome Pelican.

First time I heard about this term was in the movie The Matrix, but the origin of the term is from the rabbit hole in Alice in Wonderland which leads into Wonderland.

Merriam-Webster defines rabbit hole: a complexly bizarre or difficult state or situation conceived of as a hole into which one falls or descends.

I like to use this term on information security as well, generally because during a security research one can find multiple paths that requires different level of investigation. This is the main reason why this blog is named as Rabbit Hole.